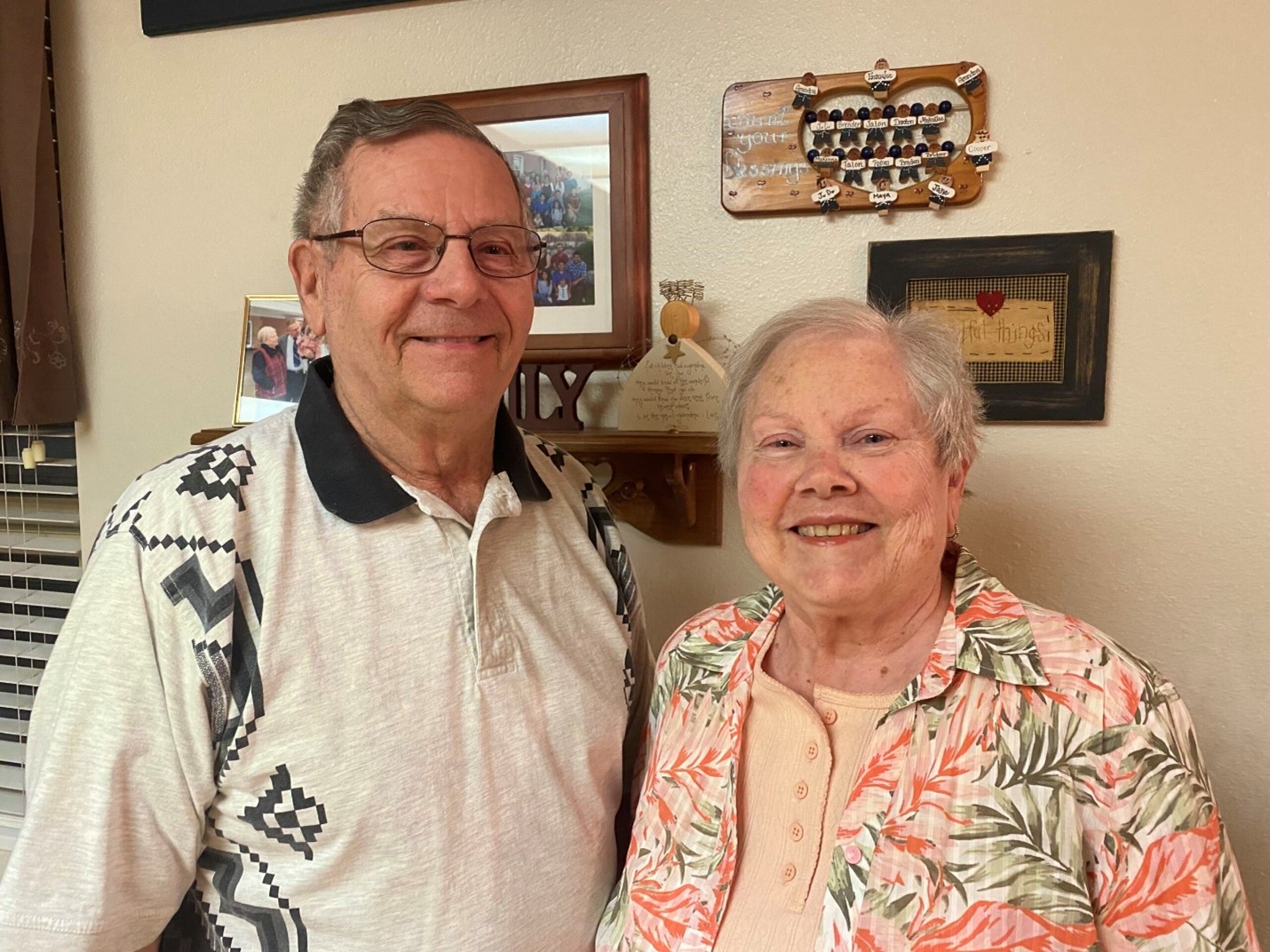 Lee and Nancy are lifetime Lehi residents who both graduated from Lehi High School in 1964. One year shortly after Nancy and Lee were married, Nancy was making a float for the parade when Lee was asked to pull the Miss Lehi float. This was a responsibility he enjoyed for almost 25 years. In 1994, Lee was asked to serve on the CIA board. “I have worked with great men during my time in the CIA,” he said, “I first worked with LaVere Downs, George Tripp, Mel and Blaine Anderson, Blackie Harris, Gary Lewis, Ray Jacklin and Stan Lewis. These men and their wives dedicated years of service to bring Lehi citizens the Lehi Round-Up Rodeo.

Nancy and Lee also served for many years as Lehi’s Santa and Mrs. Claus. They rode on Lehi’s Christmas parade float and attended many school and church parties. They borrowed a Santa suit their first year and invested in one they used for nearly 25 years.

Lee worked for many years as a carpenter and Nancy worked for Wasatch and Central Banks. They have four children, LeAnn, Nanette, William, and RaeLyn. They adore their 14 grandchildren, and one great granddaughter.