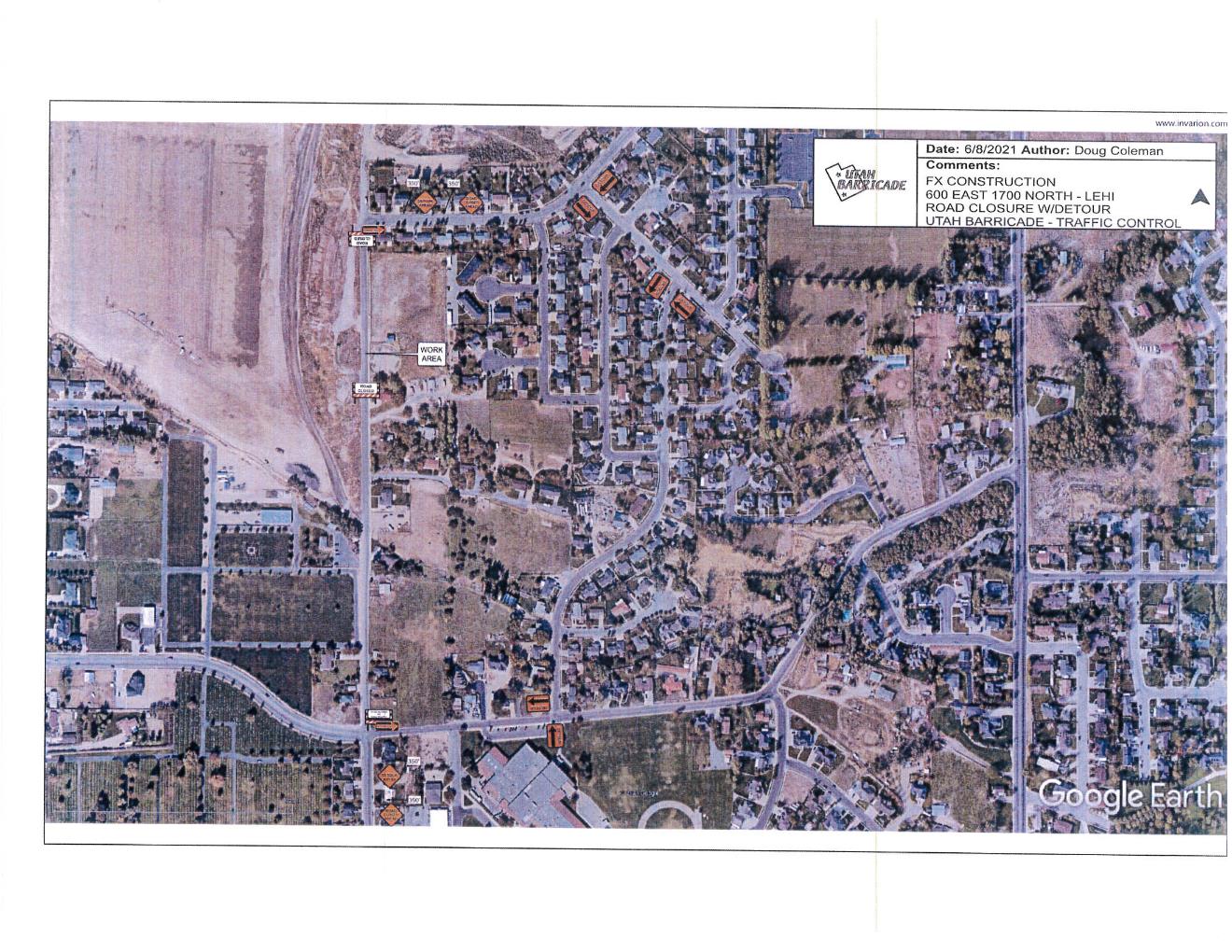 Fog Seal – This is a spray treatment to help extend the life of the asphalt, the oil takes approximately 45 minutes to an hour for dry time.

Tuesday August 9th our Lehi City Streets Department will be fog sealing the roads highlighted in pink. They are anticipating starting at 9am and finishing up around 1pm. The Department will return on Wednesday August 10th to spray the roads highlighted in blue, again starting at 9am and finishing around 1pm.

The Streets Division aims to maintain manhole depths of 1.5 inches or less on city roads. Because the lifts and rings for manholes come in 1.5 inch increments, manholes less than that depth cannot be repaired without costly construction. The ideal depth is 1/4-1/2 inches to allow for thermal expansion in the winter. Manholes that are above road grade make snow removal difficult and can result in significant damage to snow plows.

The streets division frequently measures manhole depths on our main roads. If you feel a manhole has a depth deeper than 1.5 inches, please report it using our Report an Issue tool and a crew will measure and/or repair it.

Snow removal crews will make every possible effort to keep major streets clear of snow and ice during the winter. Snow removal is prioritized by the amount of traffic received and the safety risk incurred from a storm. For information about snow removal practices, see the Snow Removal Brochure.

Resident Responsibilities During a Storm

Property owners are responsible for removing snow in the following areas:

Please remember that shoveling, plowing, or blowing snow into the street is prohibited by city ordinance. The City right-of-way for snow storage extends nine feet from the curb. Landscaping and personal property within the right-of-way is installed at the property owner’s risk.

Please ensure that all obstructions are removed during and immediately following a storm (i.e. vehicles and trash receptacles).

City Responsibilities During a Storm

City crews are prepared to remove snow 24 hours a day from November 1 to April 30. Crews will remove snow as soon as possible with the following priorities in mind: