Where Does Lehi City Get Its Power?

Lehi City is a member of the Utah Municipal Power Systems (UAMPS) organization which is cooperative of 45 member utilities throughout the Intermountain Region. Each participating UAMPS member chooses which energy resource projects to participate in. The power is then distributed (wheeled) over PacifiCorp’s main transmission system throughout the State. At the present time, Lehi is an owner in and receives energy from the following projects: 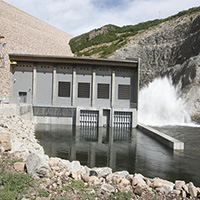 The Jordanelle Hydroelectric Power Plant is owned by the Department of Interior, Central Utah Water Conservancy District, and Heber Light and Power. The operation of this turbine generator hydropower plant began in 2008 and provides Lehi with approximately 4 percent—1.8 megawatts (MW)—of its power. 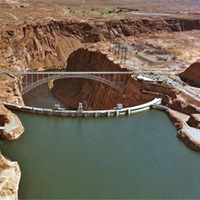 The Colorado River Storage Project (CRSP) is a federally owned and operated project that began in 1956.

Providing hydropower to nearby states is one of the purposes of this project.  Lehi’s allotment of this federal resource comes from the Flaming Gorge and Glen Canyon Dams and provides Lehi with approximately 3 percent—1.5 MW—of its power. 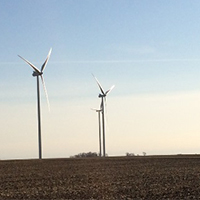 Pleasant Valley Wind Energy Facility is located in Uinta County, Wyoming and has been operating since 2003. Lehi purchases power from this wind farm through a purchasing agreement entered into through the Utah Associated Municipal Power System (UAMPS). Pleasant Valley Wind comprises around 2 percent—.7 MW—of Lehi’s energy. 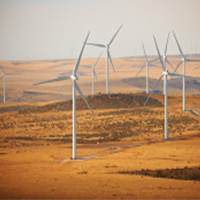 The Horse Butte Wind Farm is located in Idaho Falls, Idaho and consists of 32 turbines. Each turbine is capable of producing 1.8 MW for a total farm capacity of 57.6 MW. Lehi gets approximately 5 MW from Horse Butte, 4 percent of its power. 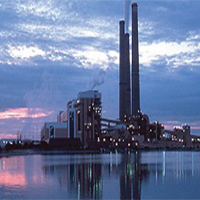 Hunter II, a part of the larger Hunter project, is located in Emery County, UT and has been operating since 1980. This plant is jointly owned by PacifiCorp, Deseret Generation and Transmission Co-operative, and Utah Associated Municipal Power Systems (UAMPS). This coal-fired, steam-electric generating plant provides Lehi with approximately 3 percent—1.5 MW—of its power. 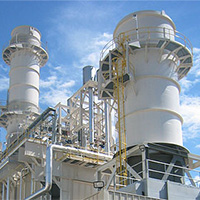 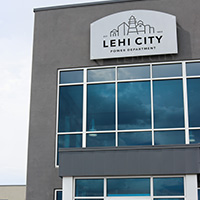 In July of 2018 Lehi installed its first three natural gas generators on site at the Lehi Power Building. Built by Wheeler Machinery, each engine can produce up to 2.3 MW. These generators can ramp up and down economically and are typically used during summer months when power market prices are the highest. The generators are also available to run in the case of natural disasters when the natural gas fuel supply is not compromised. 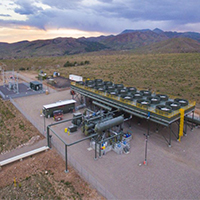 Veyo began commercial operation in May of 2016 and uses heat coming off of the Veyo Compressor Station owned and operated by the Kern River Gas Transmission Company. This heat, that would otherwise be wasted, is used to power the 7.8 MW Veyo Heat Recover Project that gives Lehi around 1 MW. 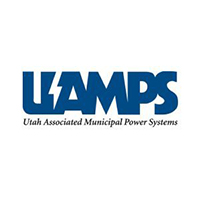 Hour by hour, in order to make Lehi’s resources match up with Lehi’s power needs, Lehi participates in the Unplanned Pool. UAMPS acts as an agent in buying and selling resources for this hourly clearing house, and Lehi purchases approximately 11 percent of its power from it.